"An Old Fashioned Love Song" A Love All-Powerful, All-Encompassing but Jesus had to die for OUR SINS!


God is a Vicious Murderer
Do You Remember “An Old-Fashioned Love Song”?
ALove All-Powerful, All-Encompassing

I was in a discussion tonight and this subject arose.
This, the story gets so corrupted as it is told and retold. Every one has to add their little bit.
That doesn’t include the versions offered by the different denominations: Catholics have theirs, Baptists their and so on.
I am Lutheran (ELCA — they’ve got to change that name). This means I follow the teachings of Martin Luther from the 1500s.

The discussion came up when/how is a person saved from their sins.
From images I will post where we see God permitted his only Son, a part of himself, to be tortured and put to death in the most inhumane the Romans knew how to do.
We know from teachings that God the Father, God the Son, and God the Holy Spirit, are the Holy Trinity and are one and the same. “One God in Three Divine Persons.”
We also know from teachings that Christ alone Saves.
“For faith, itself alone gives justification and sanctification.” “… a person is saved by grace, not by works but by faith.”

Jesus knew the task he undertook would cause God, His Father, and Himself to be at great odds. He would be everything God hated, sin itself.
He accepts this judgment for us. He took our sons, for all time, onto his shoulders and suffered not only at the hands of vicious Roman soldiers but that his Father, a part of himself, could not look on him.
Isn’t that amazing?
Look inside yourself. Tell yourself, “Self I will not think of you, I will not converse with you ever again.”
That another man, who was free from sin, would not only die for us but accept upon his shoulders the sins of every person ever born and would be born.

The Roman whip had pieces of metal or bone attached to the strands so the whip not only tore into the flesh but ripped pieces of skin and muscle from the body. 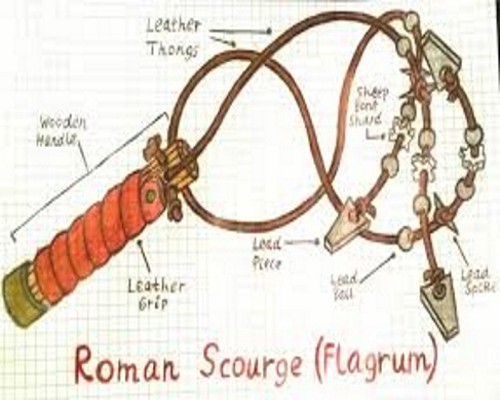 How did he endure such atrocities?

After the scourging the soldiers placed thorns on his head in the shape of a crown and used their canes to pound the thorns into his scalp.
And how did he react to the people? Mocking now who only a few days before had welcomed him into Jerusalem with shouts of “Hosanna!” “Save us we pray!”

On the way to his crucifixion Jesus traveled what we now call the “Via Delarosa or The Way of Sorrows.”
His strength is almost gone. Be he knows he must finish his mission.
He reaches Golgotha, or the “place of the skull.”

Luther’s Small Catechism is useful in studying the Christian religion. Catechism which means “to repeat back” teaches the Ten Commandments, the Apostle’s Creed, and the Lord’s Prayer. The Augsburg Fortress Study Edition is available thru the iOS or Android App. This is the version I have.
You can get a free copy on Amazon here. You can read it free on Amazon Kindle Reader.
The “Greatest Story Ever Told” produced by George Stevens and starring Max von Sydow as Jesus Christ.
This is a clip of “Jesus of Nazareth”- Part 1 and is one of the more recognized versions of the story of Christ. Part II is also available on YouTube.

WHAT A TREMENDOUS STORY
Even more tremendous is the life he calls us to because what he did for each of us.

WHAT NOW?
Love yourself as God intends. 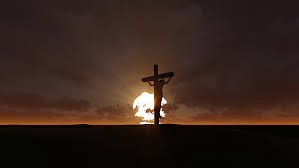 Love one another as God intends. This means not worrying about small slights. It means forgiving as God forgives you. It means lifting one another up so they will reach their full potential.
Let Grace and Love Rule Your Life.
Find good in one another not for something to criticize them with.
Shalom (God is fighting for your peace).


“An Old Fashioned Love Song” by Three Dog Night
Thank you for joining me.
Craig Martineau 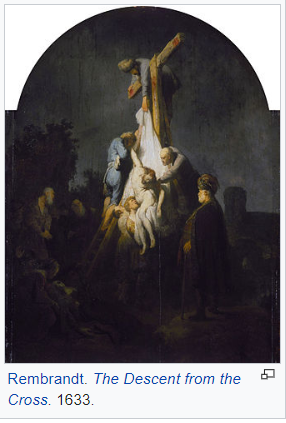 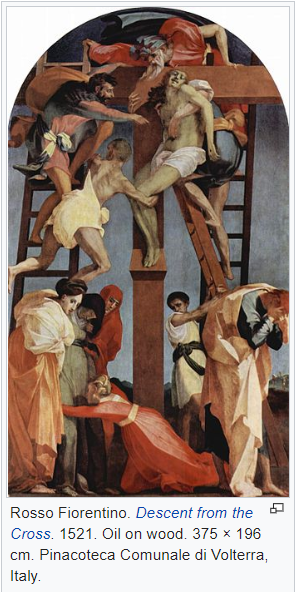 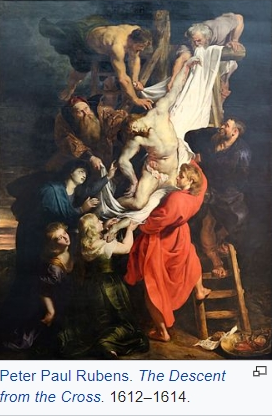 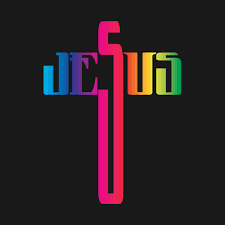